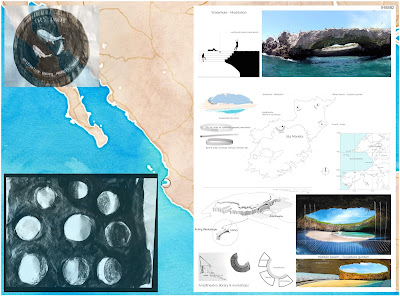 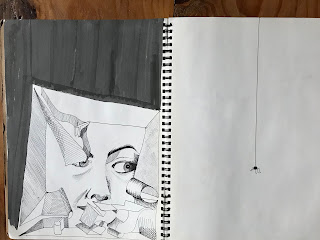 I am visiting my parents in the same house where I grew up. Browsing through some of my things I found a sketchbook, a present I received in December, 2000. Many of the drawings and sketches I created in it are dated early 2001, year of fond memories and certainly survived all the hype and non-sense of the year Y2K! If looking at the futuristic scenes of Kubrick's 2001: A Space Odyssey (1968, released before the moon landing) ... one can only look at it as an outdated film esp. as the future is no longer what it used to be! I simply feel that our lives have certainly taken no a space but a spatial odyssey! Somehow Kubrik's film still resonates in my mind, in particular "that open ending to interpretation" (way beyond any french's wildest dreams) and in particular that scene of the embryonic "Starchild" aperance just before the abrupt ending... it might have all been a de-ja vu of my own existence.
Guillermo Aranda-Mena

Guillermo Aranda-Mena [GAM]
Guillermo Aranda-Mena is an architect and Associate Professor at RMIT University, Melbourne. He holds a UNESCO Architecture Chair as Visiting Professor at the Politecnico di Milano where he also teaches. Guillermo studied architecture in Mexico and Spain. Guillermo splits his year living in Australia, Europe and Asia. He has spent extensive periods of time living, studying or working in a number of countries such as Denmark, Portugal, Canada, the USA, Singapore, Fiji, Vietnam, Holland and more recently Switzerland and Italy. To contact email: guillermo.aranda-mena@rmit.edu.au